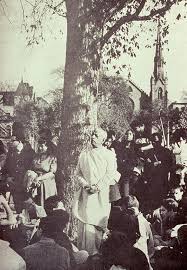 Published article in Dandavats site as a glorification to ISKCON on the incorporation day, that is today.

This scientifically proves the great benefit ISKCON had done to the world now.

The same article has been reproduced here.

Humanity is witnessing the onslaught of Covid-19 pandemic. These could probably be the toughest personal and social times of our lives. It has bound us to our homes and could take unpredictably more time to leave us. Such instances would occur utmost once or twice in our lives. Pandemics disrupt socio-eco-political human constructs. They also have serious implications on our ecosystem such as animals, trees, etc. Generally, stress, confusion, fear, and other similar emotions prevail during pandemics. The hopelessness due to lack of curative medicine or therapies just adds to the anxiety.

History speaks of a Covid-like situation that existed just after World War-1 i.e. the Spanish flu pandemic of 1918-20. The spread, magnitude and helplessness are almost comparable. It is just that today we presume that we have better medical muscle to fight human diseases. Caused by influenza, the Spanish flu pandemic is estimated to have claimed between 50 and 100 Million lives. Estimates do differ widely amongst experts.

There have been many human advancements in all fields of human knowledge since then. Humans have founded their all-round advancements on hundreds of amazing discoveries. Bedazzled by our glorious past and speculatively splendid future(s), humanity was marching relentlessly until Covid-19 struck mostly bringing human movements to a standstill. In a way, Nature tolerated human arrogance and now she is unwilling to do so any further. We are reaping what we have been sowing. Amidst all such human endeavours, of relevance here are two revolutionary events. These commenced with humble, yet firm thoughts and were reinforced with super-humanly determination and enthusiasm. 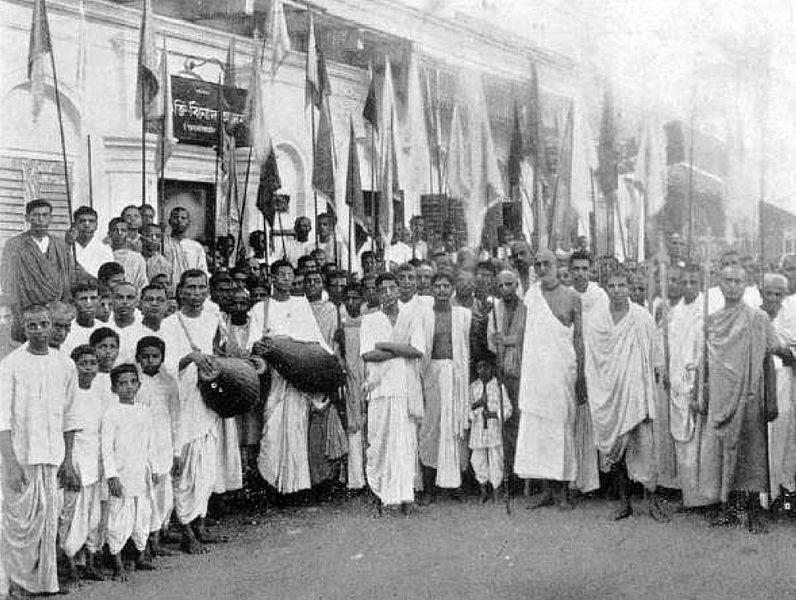 Shortly after the conclusion of World War-I, in December 1918, Srila Bhaktisiddhanta Saraswati Thakur inaugurated a centre, "Calcutta Bhaktivinoda Asana" at 1, Ultadinghee Junction Road in North Calcutta. Feeling a deep sense of urgency to propagate the divine teachings of Lord Chaitanya for the benefit of the suffering world, he dedicated this centre for propagating the practice of bhakti or devotion. It is very crucial to note that Srila Bhaktisiddhanta Saraswati had just came back from Mayapur after chanting 192 rounds per day for 9 years i.e. approximately 1.1 Billion Names.

The teachings of this centre were presented in a rational and intelligible fashion and were adjusted for an urban audience. In 1920, this Asana was renamed as Gaudiya Math. The Gaudiya Math rapidly gained a reputation as an outspoken voice on religious, philosophical, and social issues. Besides, it attracted wealthy supporters contributed generously leading to rapid expansion into 64 centres. The seeds for harvesting a Global crop was sowed. Srila Bhaktisiddhanta Thakura inherited the vision of spreading the message of Chaitanya Mahaprabhu in the West from his father Srila Bhaktivinoda Thakura.

2. The embarking of voyage to the Boston Harbour, USA by HDG A C Bhaktivedanta Swami Prabhupada

We all know how seriously Srila Prabhupada took the instruction from his Senapati-visvacarya Sri Srimad Bhaktisiddhanta Sarasvati Thakur Prabhupada in 1936. On 3rd December 1936, Srila Bhaktisiddhanta Saraswati Thakur answered a letter from his disciple Abhay Charanaravinda De expressing his desire for him to preach in English to the Western World.

Through his intense prayers to Srila Rupa Goswami and the Parampara, Srila Prabhupada cried for empowerment to fulfil the desire of Sri Chaitanya Mahaprabhu. On August 13th, 1965, Srila Prabhupada

embarked his voyage to Boston harbour to fulfil his master’s orders. And we all know the blessings that Srila Prabhupada causelessly carried throughout the World. The International Society for Krishna Consciousness (ISKCON) was formed on 13th July 1966. 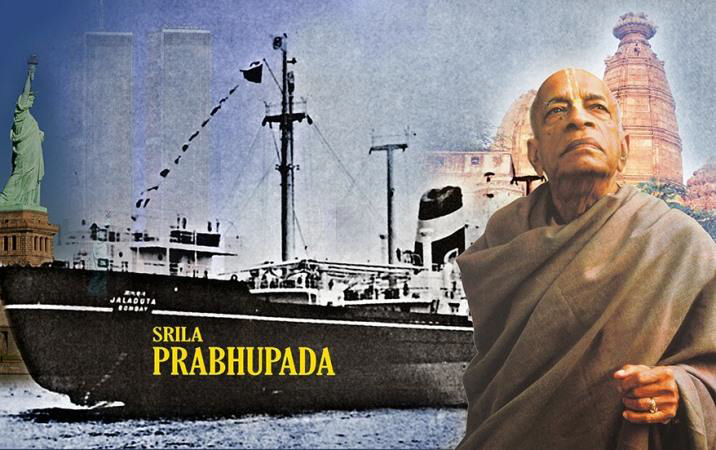 Figure 2 The embarking of voyage of Srila Prabhupada to Boston

How is this relevant here? ISKCON’s teachings is followed by millions today. It has close to 850 temples, eco-villages, and centres Worldwide. Besides, it is transforming the social fabric through multitudes of programs freely distributing the mercy and auspiciousness in secular ways. The core programs include:

▪ Daily discourses and hearing of scriptures (460,000 hours per year around the World)

▪ Uplifting tribal life throughout the World

All these auspiciously blessing programs are slowly and gradually making the lives of millions sublime and inspiring them towards Sri Chaitanya Mahaprabhu’ s mission. This is CUMULATIVE AUSPISCIOUSNESS and a MAHA-YAGNA (Mega-sacrifice) for human welfare. The auspiciousness and piety gathered by each contributing soul is bringing happiness, protection, and joy to this World.

The core mission is chanting and through it developing love for Sri Radha and Krishna. In modern times, the seeds were sown little over a century back. The Kalpataru tree, which is just over 100 years old is offering the fruits to all those who took its shelter, directly or indirectly.

Holy Name as medicine We know that the Holy Name of Krishna is Krishna Himself in His most merciful form. As Srila Bhaktivinoda Thakura says,

Millions have accepted this process of chanting, transforming their lives with individualized experiences and reciprocations with their Lord, Sri Krishna. Such experiences have inspired them to serve the entire social fabric. The service spirit thus bestowed by the Holy Name have been extinguishing many-a-fires, providing soothing moonshine and shelter to all who have been touched by him or have met him.

A grave and faithful thought indicates some global effects of chanting of the Holy Name. Before appreciating this, let us look at some statistics.

The world population in 1917 was 1.7 Billion. The total number of people estimated to be affected by the Spanish flu at the time were 500 Million i.e. 26% of which the estimated deaths (presuming a conservative lower) were around 50 Million i.e. 2.63%.

Comparatively, at the commencement of COVID-19, the World population was 7.75 Billion. It is still spreading with an unpredictable future and is presumed to be at the mercy of modern-day medical know-how for a cure. Covid-19 could still be far from over. As on date, the total number of affected populations is 12.26 Million i.e. 0.16% and the estimated deaths are 0.56 Million i.e. 0.01%. An inquisitive mind would ask what is one of the prominent reasons for such lower impacts despite the spread of Covid-19 being far rapid and rampant than the Spanish Flu?

Investing a bit of thinking on the above process could reveal that the suffering of this World has been partially alleviated due to the chanting of the Holy Name. Millions of people are chanting the Holy Name, there are so many Hari-nama sankirtans being sung, so many recitations of the Holy Srimad Bhagavatam are happening round the clock inspiring the World to surrender to the Lord. Otherwise, if we compare the numbers of the pandemic of 1918-20 with Covid-19, where we could be? The all-potent, all-auspicious and most munificent Name has acted upon the World as a medicine. The picture below shows the BIG Explosion chanting can and has been creating – individually and collectively. It is easy to comprehend that ISKCON has been doing this Nama-yagna (sacrifice) for more than 50 years. And this is a reason why the suffering of the World today is far diluted than what it could have been! 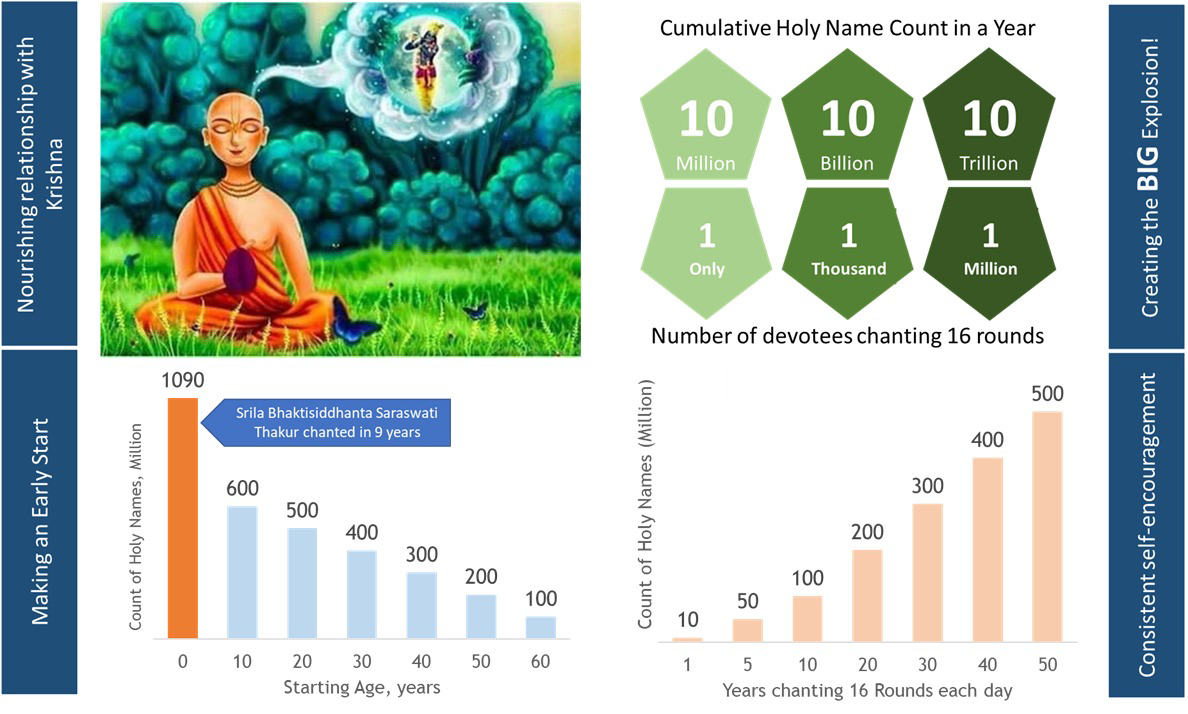 Figure 3 Cumulative effect of chanting. (Left-Bottom) – The earlier you start chanting 16 rounds, the more you gather in your Holy Name Bank Credit; (Right-Bottom) – Progressive count of Holy Name Credit as you chant for many years; (Right-Top) – How the Holy Name Explosion happens with more devotees chanting the Holy Name

A pure devotee brings the causeless mercy into the lives of common men and women. The causeless mercy received through the sidelong glance (karunya-kataksa) of the Lord, helps a devotee to increase his faith and dependence on Krishna. This enables him in progressing towards faithful acceptance of the Holy Name. Thus rescued, cured, and then immersed in Holy Name, a devotee lives with unlimited joy in this World (visvam purna-sukhayate; Sri Chaitanya-chandramrta: 5). With self-experience, he distributes the Holy Name and Krishna’s protection throughout the World.

Whether we are cognizant of it or not The Holy Name thus distributed is addressing our karma(s) and cumulative Karma of all living entities of this World. The Holy Name and the process of its distribution has contributed to immeasurable auspiciousness, strength, protection, and joy. These are the by-products of the process of chanting the Holy Name. Pure devotees however prefer to chant only for receiving Krishna-prema, the ultimate loving state. They accept their Karma and the sufferings that come from it. Moreover, they consider praying for nullifying their karmic reactions as too negligible a plea to the Supremely potent Holy Name. Hence, they accept their karma and we see them suffer temporarily.

Whether we know or not, acknowledge it or not, accept it or not, the Holy Name is acting like a medicine. The medicine is not only acting on those who are taking it but is also purifying the surroundings (ecosystem or environment). It is sweetly contagious. Because of the Holy Name’s causeless mercy, we are being saved from Covid-19. What more proof do we need to be grateful?

No matter where, who and at what stage of our lives we are in the process of achieving love for Radha and Krishna, there would perhaps be no better times in our lives to re-dedicate ourselves to the process. This is the best pause in our lives to re-think about the objectives with which we took up the process of Krishna consciousness. There can be no better HOPE than to receive a collective inspiration from the Global Yagna that is happening incessantly since the first spark was fanned. Seeing outside or outwardly has brought us where we are today – could we start looking inside deeply, as if we have been given a new-birth, a fresh chance, and a life-time deal? 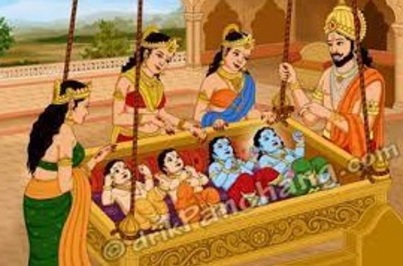